AS Roma players have threatened to beat up Liverpool star, Mohamed Salah during their Champions League semifinal first leg in Rome on Tuesday.

The players warned Salah “not to try anything” or they will beat him up.

Salah faces his former club Roma for the first time on Tuesday since moving to the Premier League for around £38million last summer.

He has scored 41 goals in 46 appearances for the Liverpool and will spearhead their bid to reach the Champions League final.

Roma right-back Bruno Peres revealed that team-mate Kostas Manolas regularly talks to Salah, and added, “We warned Salah not to try anything, or he’s getting beaten up!

“In fact, Kostas won’t talk to him for a while, so if he needs to give him a kicking, he won’t feel bad about it!

“Afterwards, they can be friends again!

“We know how well he’s doing at the moment at Liverpool, that he’s a player who can do something different, but Roma deserve to be in the semi-final.” 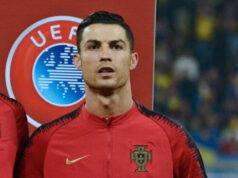 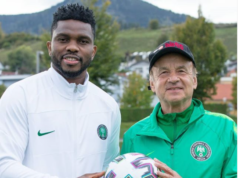 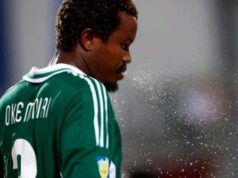 Neymar Spotted In A Romantic Mood With Model Girlfriend In Brazil...