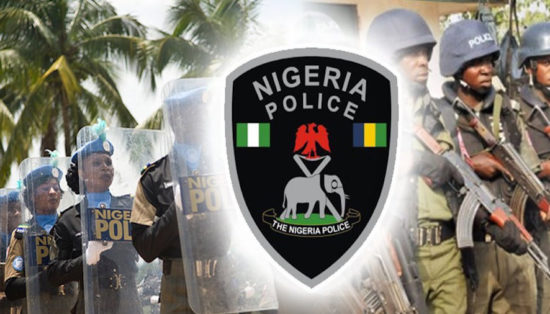 Ogun State Police Command has warned that attacks on herdsmen across the state, particularly in the Yewa community, must stop, adding that it has arrested some miscreants.

The police added that it was unlawful for anyone to eject the herdsmen just as it was not proper for herdsmen to vandalise people’s farms and property.

Some communities in the state have lamented that farmers have been prevented from going to their farms by killer herdsmen.

The situation made Yoruba activist, Chief Sunday Adeyemo, otherwise known as Sunday Igboho, to visit the state recently, saying he wanted to assist in getting killer herdsmen out of such communities.

His visit led to the burning of some Fulani settlements, including the house of the Seriki Fulani of Eggua.

The state Police Public Relations Officer, DSP Abimbola Oyeyemi, said in a release on Friday that the police would not condone further assaults on herdsmen, adding that some suspects had been arrested and would be punished so as to serve as a deterrent to the public.

He said, “There have been some attacks in the past three days on herdsmen’s’ settlements in the state, especially in the Yewa part of the state. The command notes with sadness that the settlements affected have been in existence in the area for many years, in some cases over 20 years, and inhabited mainly by Nigerian herdsmen of Fulani extraction, some of whom were born and brought up in the area, and speak Yoruba language with proverbs fluently and elegantly. They generally qualified to be called fellow Yorubas.

“Therefore, it is unlawful, indeed unconstitutional, to deny fellow Nigerians the right to live in any part of the country and pursue their legitimate businesses, including cattle rearing. However, it is also advisable that herdsmen should avoid destructions of farmlands, which have been identified as the reason behind their unending disharmony and clashes with farmers and host communities.

“The command also calls on both farmers and herdsmen, indeed the entire Yoruba and Fulani communities in Yewa and across the state, to fish out criminals, especially herdsmen visiting from other states and neighbouring countries who are perpetually creating tension amongst them, thus undermining their long and cherished history of peaceful coexistence.

“It is, however, gratifying to note that at a stakeholders’ meeting yesterday, Thursday, February 4, 2021, held at the palace of Alaye of Ayetoro and attended by representatives of the Fulani and Yoruba communities, and heads of all the security agencies, including the army and the Department of State Services, wanton destruction of farmlands by cattle, kidnapping and raping of women as well as reprisals on Fulani settlements were unanimously condemned as criminal and unacceptable.

“Meanwhile, the command has arrested some suspects in connection with the recent incidents, and will make an example of them to serve as a deterrent to others. Kingpins, procurers and counsellors of these hoodlums will also be fished out to face the law.”