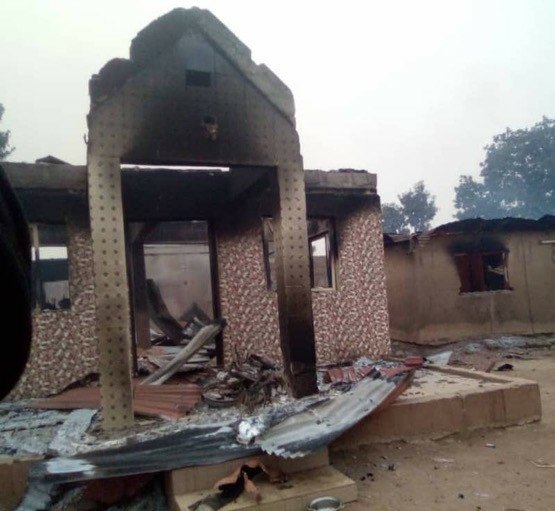 Several houses and cars belonging to the Seriki Fulani of Oyo State, Saliu Abdulkadir, were allegedly burnt by aggrieved youths in Igangan community of Ibarapa zone of Oyo State, on Friday night January 22 after the visit of Sunday Adeyemo (aka Sunday Igboho) to enforce his seven-day quit notice to the Fulani herdsmen in the area.

Daily Independent reports that Abdulkadir who confirmed the incident, said he has been sent out of his house, stressing that all his vehicles and house have been set ablaze. He said despite assurances by the Police and the people of the state, his house was set ablaze in the presence of the security agencies.

“As we speak, we are in the bush. Our cars numbering about 11 has been burnt. Some of my children sustained injury and we are finding a way to take them to hospital. My children have left their houses for the bush. We need the government to help us. Police, operation burst and other security agencies were there when they set my house ablaze.”Abdukabir was quoted as saying

Also speaking on the incident, the Chairman Miyetti Allah in the state, Ibrahim Jiji, appealed to the state government to find a lasting solution to unrest between the Fulani herdsmen and the farmers in the state. 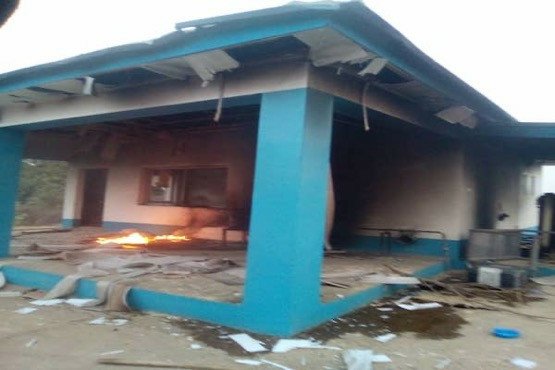 “As we usually say, not all Fulani’s are evil. Good people are among us. What can we call this now? The man is a gentleman and see how he was chased out of his house. We need the government to act now,” he said.

Friday’s attack reportedly started when Sunday Igboho defied the order of the state governor, Seyi Makinde by going to Igangan community to enforce his quit notice given to the Fulanis. Last Thursday, he visited the town to issue an ultimatum to the Fulani community to vacate their area. According to him, the herdsmen were killing indigenes of the state.

What you have done in Yoruba land is enough, go back to your North. If you claim stubbornness and stay, you will have yourself to blame. I respect you by coming here to notify you but if you don’t respect yourself and decided to stay, you will see.”he was quoted as saying

His threat to the Fulani community prompted a statewide broadcast by the governor who condemned the ultimatum and vowed to deal with anyone who enforced it. He said it is against the constitution to ask anyone to leave an area as people by virtue of the constitution, have the right to settle anywhere they so wish. According to the governor, Fulani herders and farmers are not common enemies but bandits and kidnappers

Igboho in total disregard of the governor’s order, stormed Igangan town on Friday, January 22 to enforce the quit notice order as the ultimatum expired. It was gathered that though Igboho was there not to fight but to appeal to the Fulanis to leave. It was reported that it was after he left the community that the irate youths allegedly set the house and cars of Seriki Fulani ablaze. 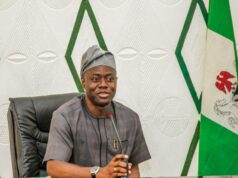