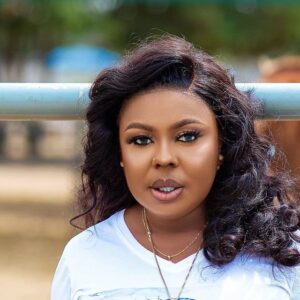 A Ghanaian lady has declared that loudmouth comedienne and businesswoman, Afia Schwarzenegger will have a horrible ending in her life. The lady known as @princ_exx on Instagram remarked that a painful death awaits Afia Schwarzenegger in future as she registered her displeasure and irritation about the confusion and problems Afiais causing for people in the country. The IG user’s rant comes on the back of a series of video by Afia Schwarzenegger disrespecting preacher and found of Anointed Palace Chapel, Rev. Obofour over her chieftaincy enstoolment two weeks ago and her messy fight with music executive, Ayisha modi on social media.

In other news, popular Nigerian relationship coach and se.x therapist, Blessing Okoro has expressed her displeasure over the attitude of Big Brother Naija Season 6 housemate, Maria. Blessing Okoro asserted on her Instagram page that Maria cannot communicate properly with other housemates in the house and bemoaned how she puts up a fight at the slightest chance. The controversial socialite stated that she is not a fan of Maria and wants her out of the competition as she compared her to Pere who never raises his voice whilst communicating.
She wrote on her Instagram page;

“Gosh I am not a fan of Marla, she can’t communicate always want to fight. I don’t know what she is feeling like. Have you noticed that pere has never raised his voice, he just passes his message and that Is It. This Maria too do, she should get out.” 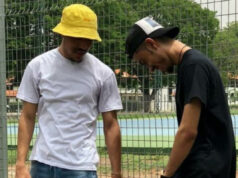